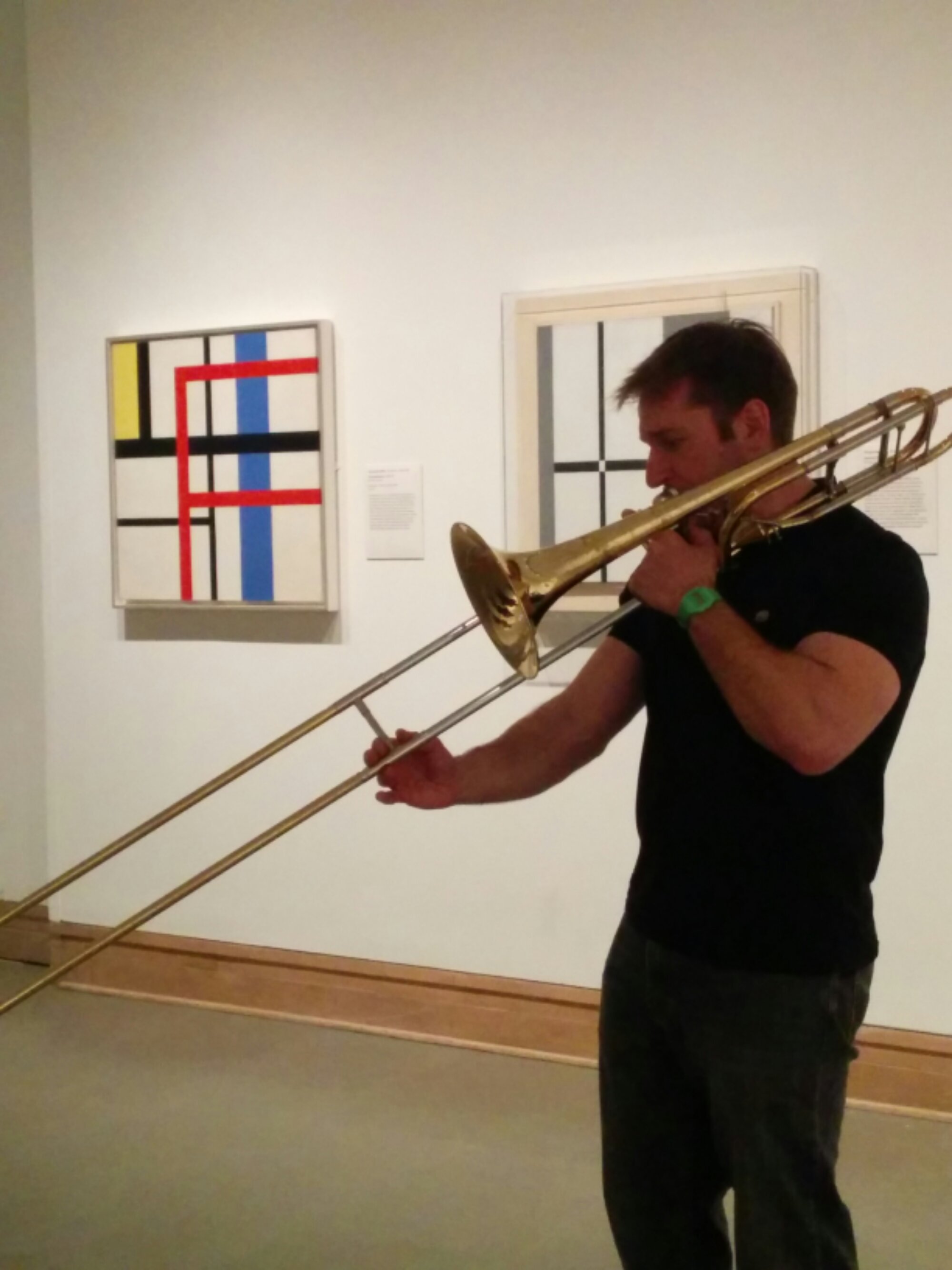 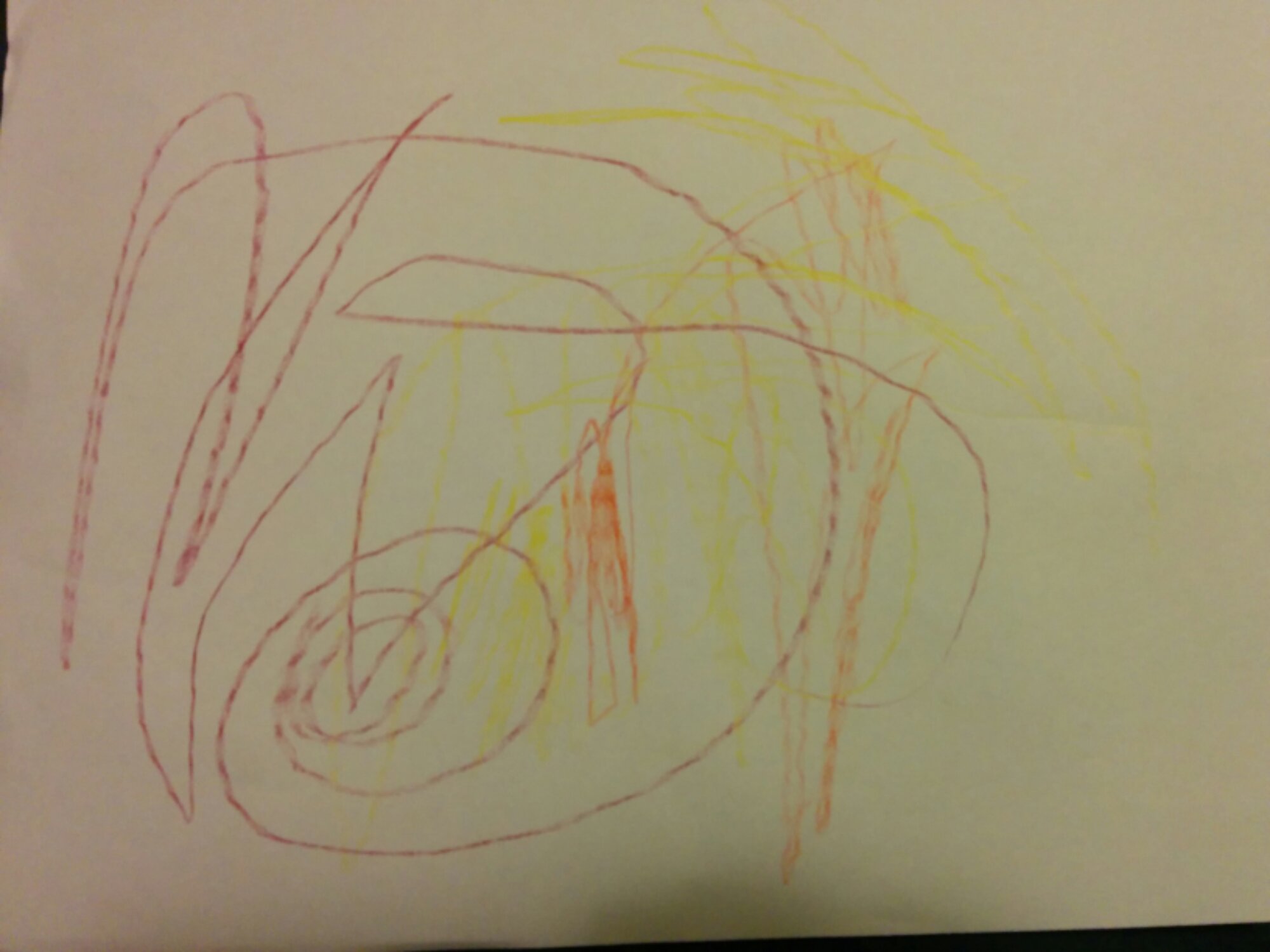 This past week I performed the second movement of the Castérède Sonatine. While preparing I came across an issue: my new cup mute didn’t “have” a low G. The issue being that in the final, muted section of the movement, there’s a scalar passage that goes down to that note. So, I did what trombonists have been doing for decades, I drilled a hole in the mute. I think I picked up the skill from David Waters at Rice University but I know I had seen it around for a long time before then. I remember wondering why others had done it. There are a lot of techniques we pick up through the years without having been formally “taught.” Here are a few tips for taking care of mutes that generally fall in that category.

I’ll start with the response predicament. I spoke to Dr. Hans Pfister, a physics professor at Dickinson College, about why it happens. From what I can tell it has a lot to do with (P=P(t)=P_0*sin(omega*t)). Which to me means “????” (Actually, through the power of Google I learned that is the Acoustic Wave Equation and I believe Dr. Pfister is saying something along the lines of “the closed space in the mute doesn’t allow the acoustic wave to fully form; putting a hole in the mute gives more space for the air molecules to move and allows the wave to form. This is why the problem doesn’t exist in the upper register, the smaller waves have enough room.”) There are two questions that come to mind: 1) Why doesn’t Humes & Berg just make the mute with a hole in it? My best guess: it does change the sound slightly. And 2) Why use the mute if it has the problem? To which I answer: I like the sound.

I put together a video demonstrating the problem and the solution:

As things would have it, my good buddy Mike Selover borrowed that same mute just a day before my performance and managed to break one of the corks. 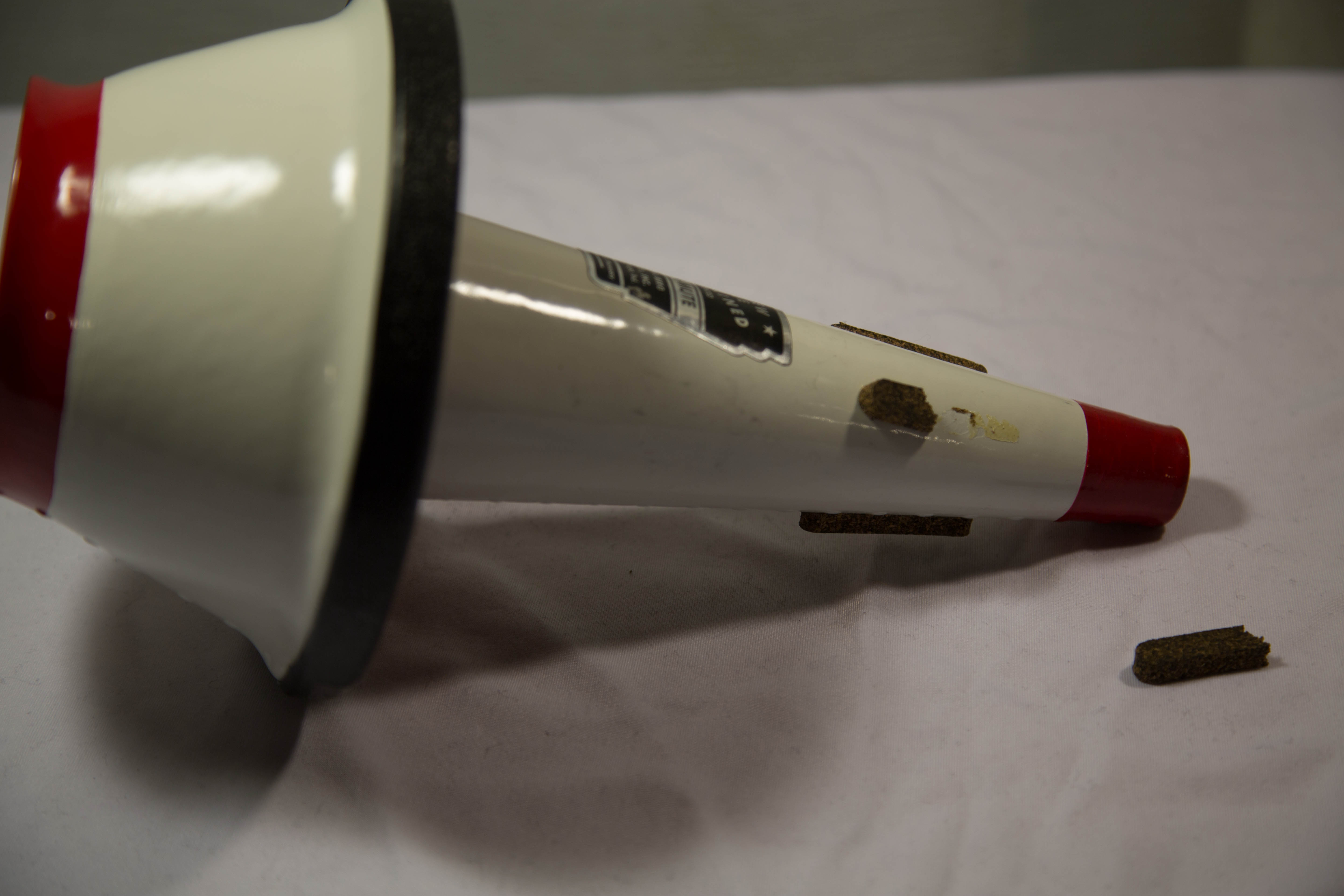 What to do? In this case the solution was pretty easy. Since I still had the bit of cork that was missing all I had to do was glue it back into place. I’ve heard of people using everything from a hot glue gun to epoxy. Loctite has worked for me in the past so I went that route. 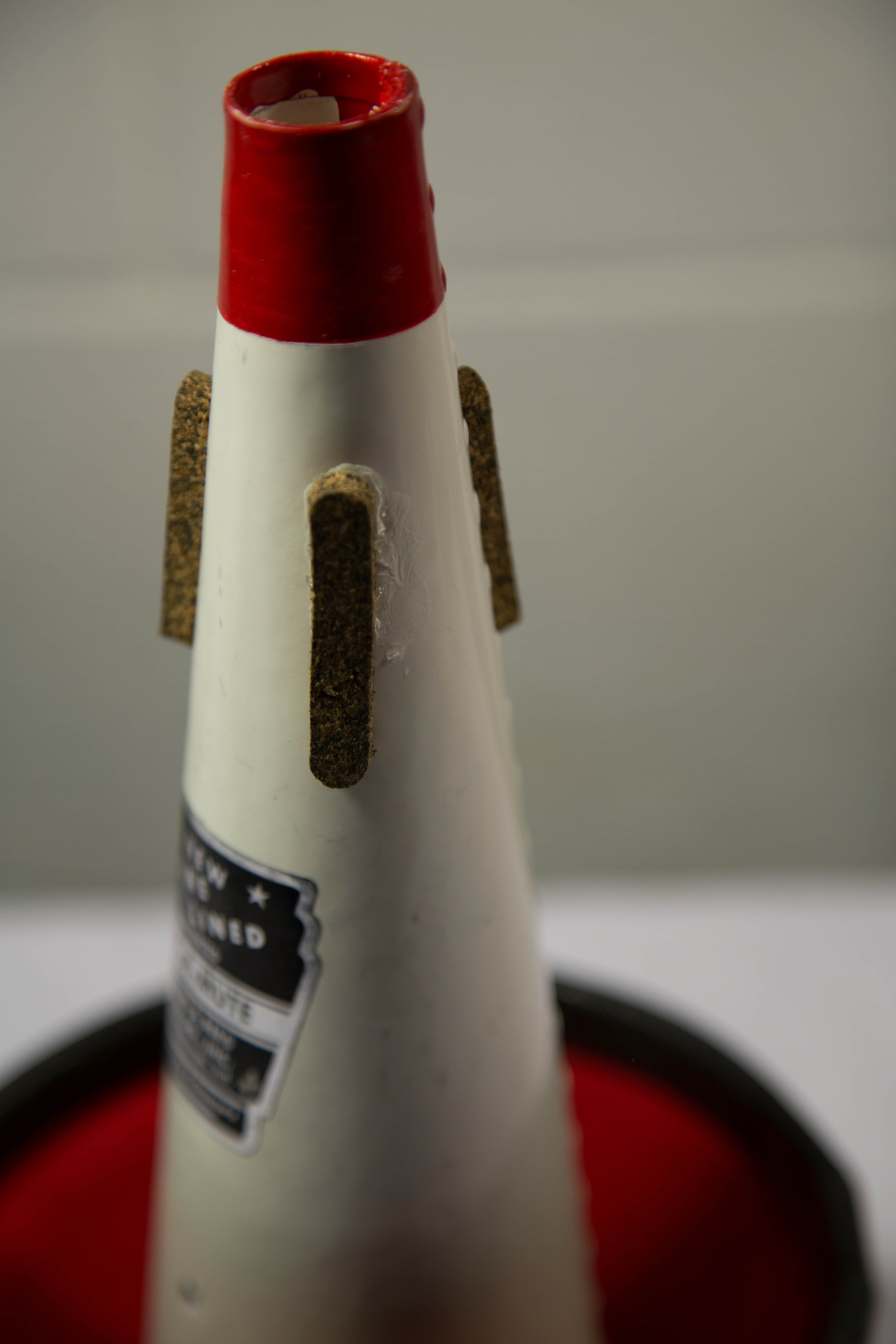 If I didn’t have the cork there are a couple options: replacement corks from Ferree’s or the mute manufacturer (which can sometimes be difficult to track down), buy a piece of cork board and cut out a piece to size (pricier but you’ll have cork for a few years worth of repairs), weather stripping (I’ve seen people use this in the past with various results though I’ve never tried it myself), or an old mouse pad (I’ve heard of people using this but again, have never tried it). The weather stripping and mouse pad apparently have the benefit of super-friction but using them also makes it more difficult to take the mute out (so I hear).

Changing the cork size will affect the fit of the mute and sometimes the sound. If the corks are too big you’ll want to file them down. You’ll need a file that’s not too rough and preferably flat, though my guess is you can probably make most anything work with enough patience. Here’s what I use: 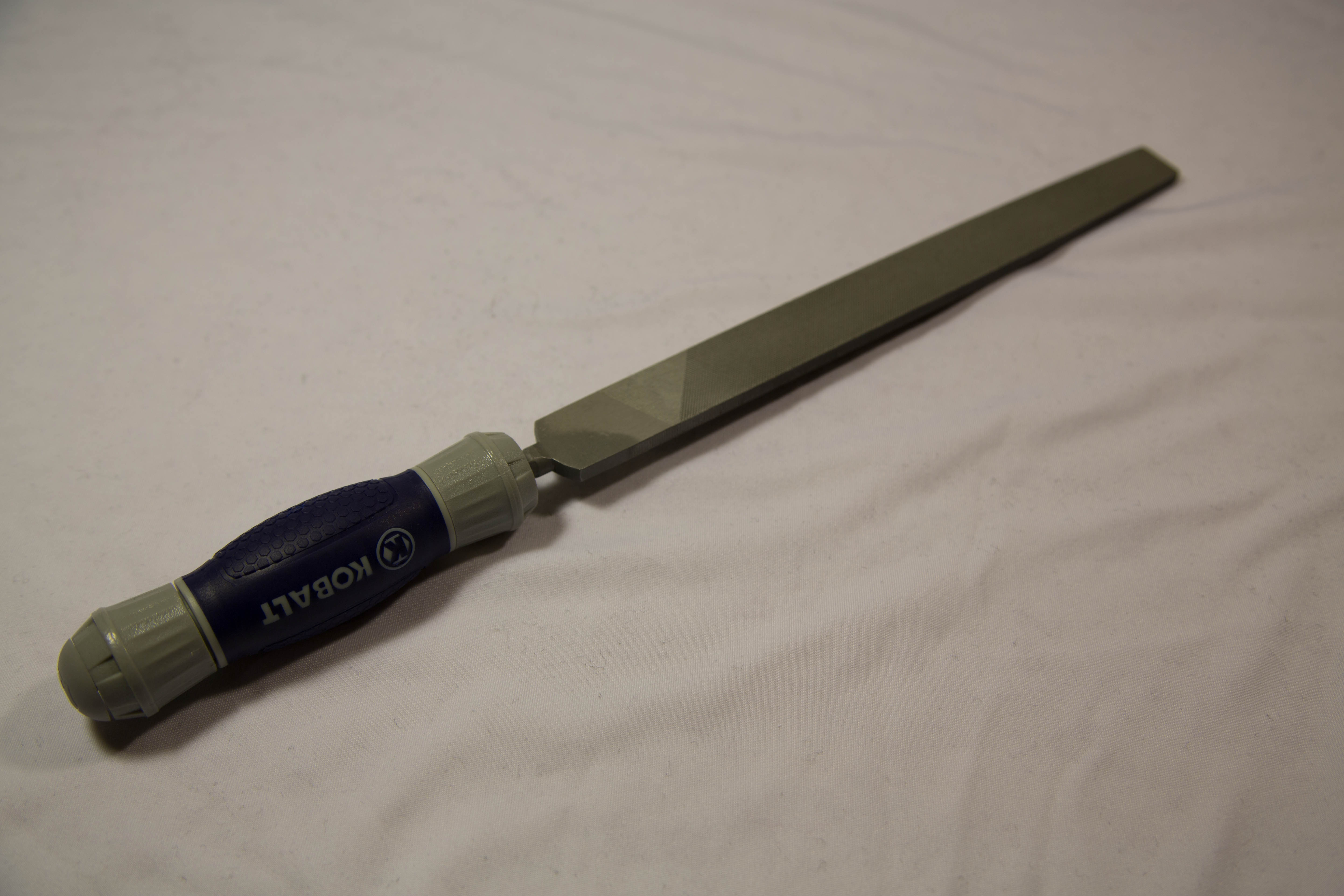 I have an Ion Balu wooden straight mute that came with pretty large corks. So large, in fact, that the mute wouldn’t fit properly. The corks are also interesting because they are in three sections. The outer layer appears to be stitched on: 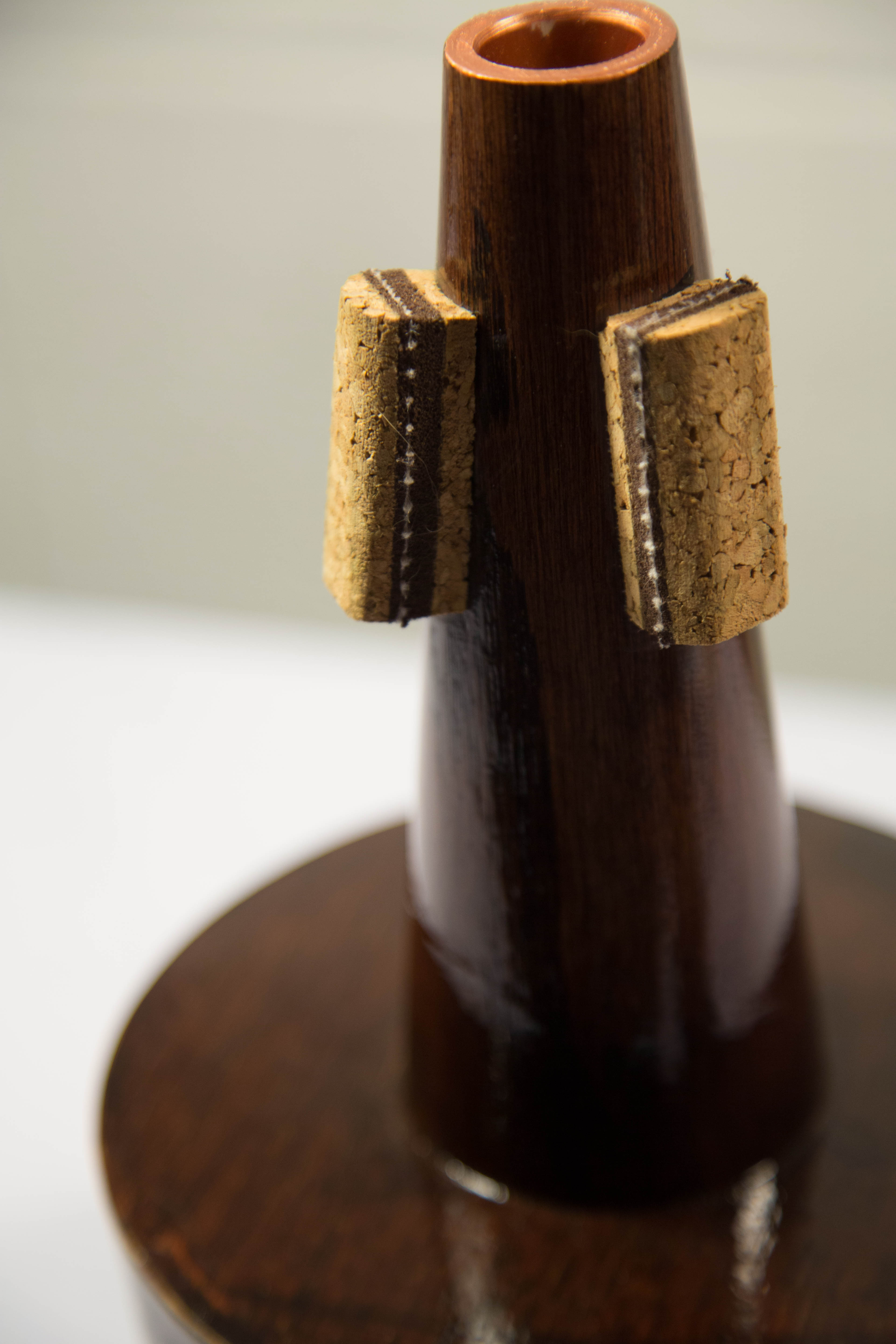 With just a little filing I got them down to a good size. The mute now fits and sounds pretty good. 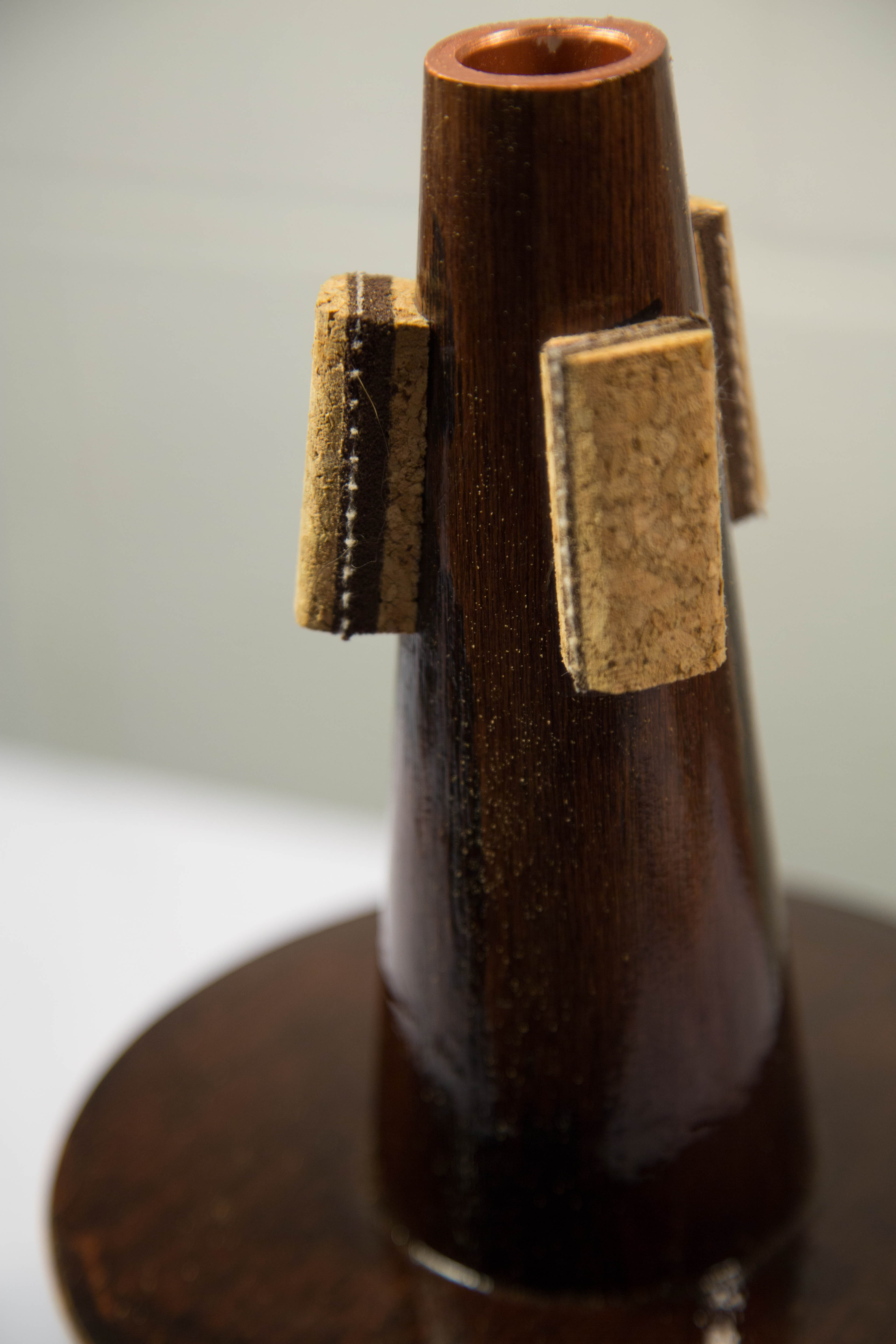 If the corks were too small? I’d try either layering cork until I get to the right size or remove the current corks and replace with larger ones.

I’ve probably taken mute care too far with this… I’ve made bags for my mutes to save them from bumping into one another and getting scratched up when traveling. It’s completely a cosmetic thing but hey, I don’t want them all to end up like this: 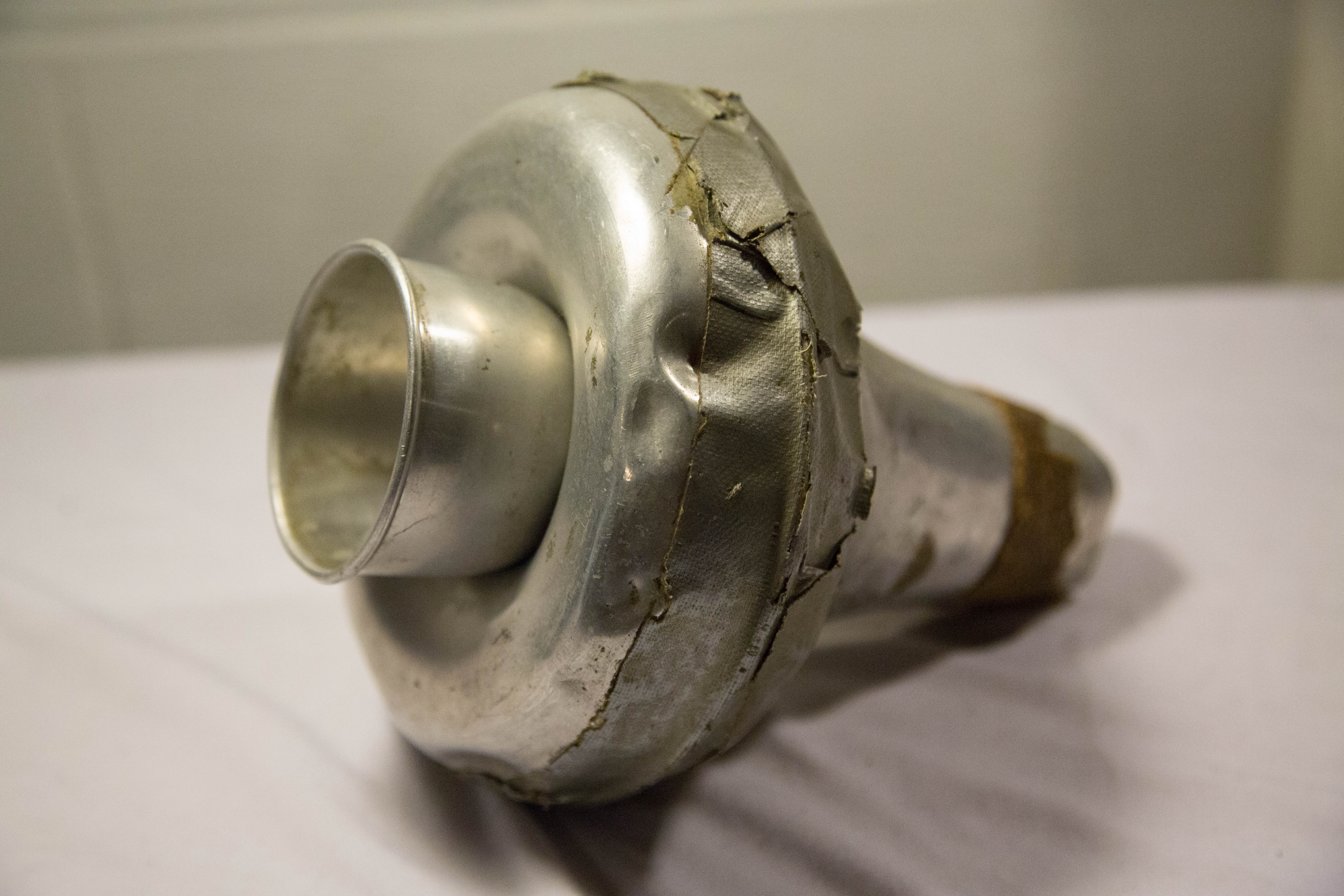 That’s why they have these: 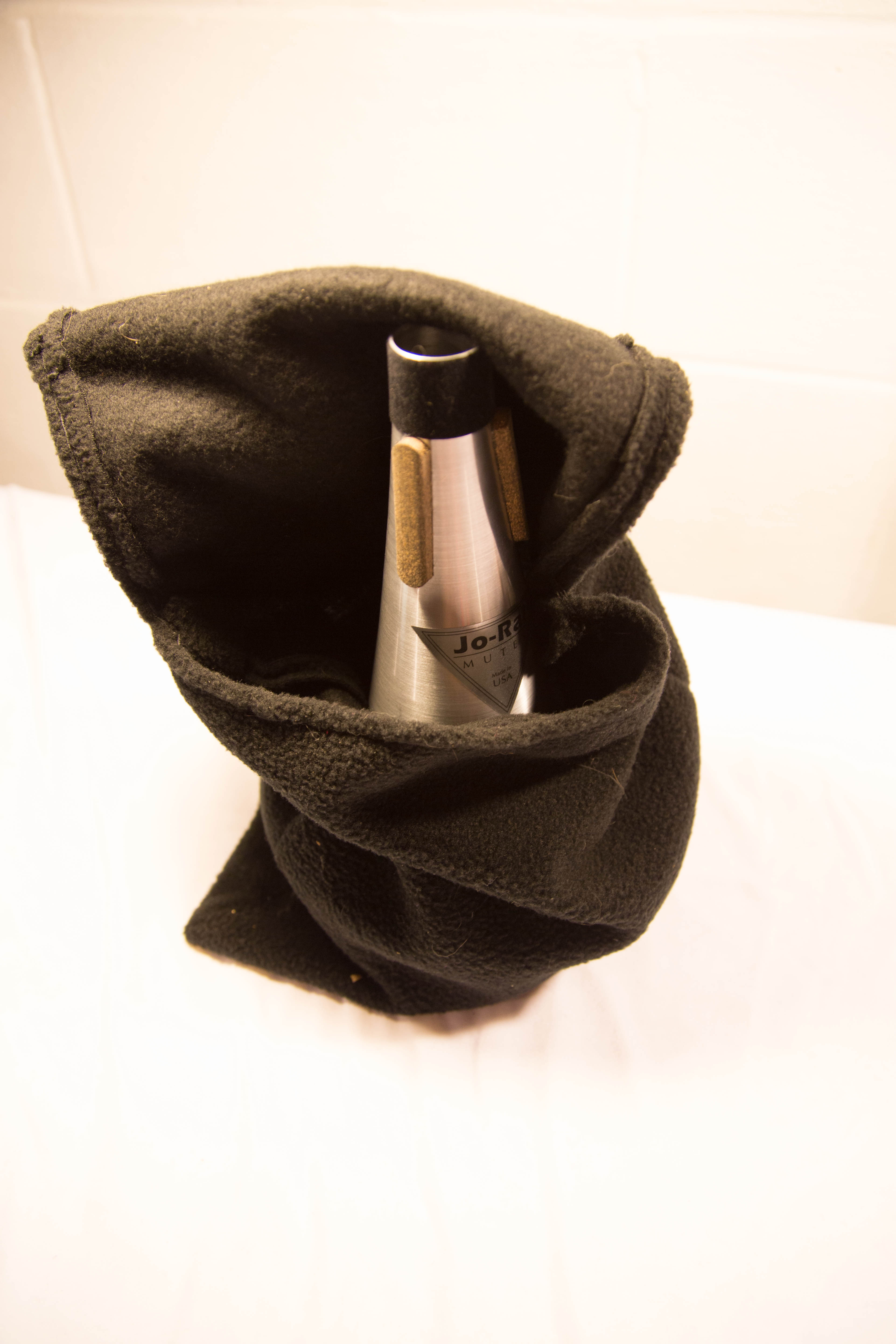