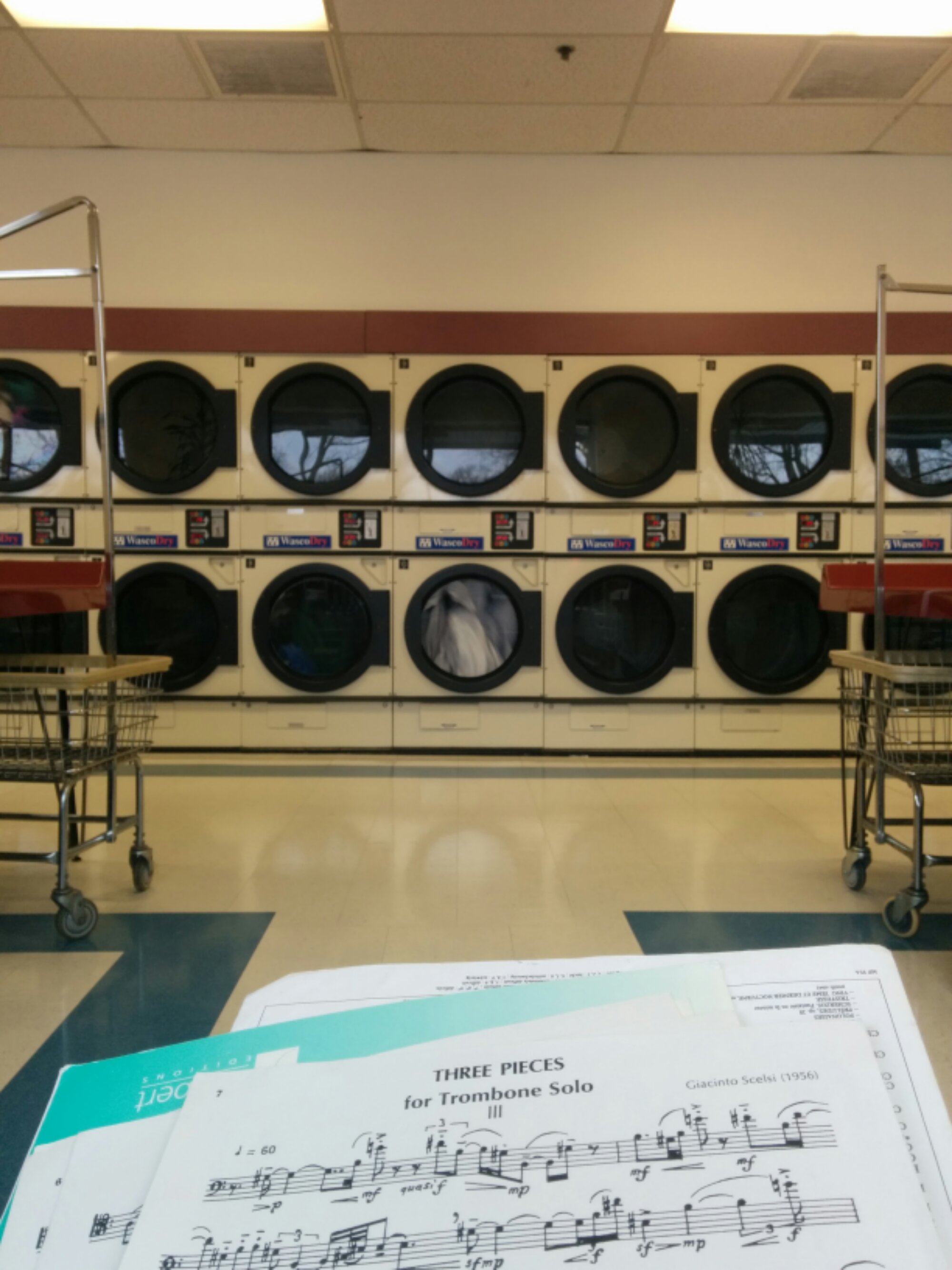 One of my biggest fears in life is that I’ll be late.  As a musician it’s unacceptable.  A concert has a start time: the audience will be there, the other performers (if there are others) will be there.  It’s like showing up for a meeting late… except with more people… who probably paid.  Getting to a rehearsal late is less offensive but is still an issue (more like the meeting).  You just try not to do it.

Most musicians have experienced some form of the “slept through the gig” nightmare.  Stories abound of up-and-coming musicians who get called for a big gig and sleep through their alarm/blow a tire/get caught in a knife fight with a monkey.  The story usually ends with the player never getting called again by the contractor (I’ve heard versions where the player was blackballed by an entire city and was forced to move).  It’s enough to put a fear of tardiness in anyone.

I’ll be the first to admit that things happen.  Just a month ago I needed to be in New York for a 3pm rehearsal, when, at the same time the skies burst and flooded central Pennsylvania.  (It was sad.  The rain was so bad one buffalo at a local zoo drowned and they had to euthanize another or else it would have had the same fate.)  Amtrak cut off service between Harrisburg and Philadelphia.  I had to wait for a bus to get to Philly, then a train from there to NYC putting me at the gig about three hours late.  There was nothing that could be done and, in the end, the world went on turning, but that rehearsal lost a bit of its usefulness and I couldn’t help but think “What if that had been a performance? …Would the world have stopped spinning? Or worse, would I ever get called for a gig again?”

To avoid that ever happening I’ve developed strategies for ensuring I make the gig.  First and foremost my approach involves planning to be early.  Any band director worth his salt has told his students “Early is on time.”  There’s a lot of truth to that.  A concert may have the downbeat at X o’clock but you need to get your instrument out, prep it, warm-up (if you didn’t do that at home earlier in the day), set up your music and whatever else you need and generally just get accustomed to the space.  I figure that for a rehearsal I need about a half hour, minimum, to do that; for a concert I add another half hour.

The next step in my strategy is factoring in travel time.

Travel time is where the greatest danger lies.  Regardless of what Google Maps says or your mode of conveyance (mass transit, car, bicycle, walking) so much of the trip is out of your control.  Consequently I developed a formula for myself:

wct = worst case traffic (what you believe is the absolute most time you can sit in traffic, your knowledge of the area/judgment comes into play here)

x =  the “plan for the unexpected” variable, determined by how far away the gig is (within 25 miles, x = fifteen minutes; 25 to 50 miles, x = thirty minutes; greater than 50 miles, x = sixty minutes; I use a similar system by substituting “miles” with “blocks” and changing the ranges when I’m in NYC)

(Flying is another matter completely with TSA shenanigans and parking and such.)

I developed this formula when I played with a brass quintet in Washington DC.  At the time, I had just graduated from Eastman, lived in south central PA and drove to Kensington, MD (just north of DC on the beltway) twice a week for rehearsals, plus random other days for school shows in DC, MD and VA.

If you have ever driven in DC you know the hell it is (note: I’ve lived in Houston and have had to commute in NYC as well so I know a variety of bad commutes… though I’ve never had to deal with LA or any of those crazy places outside the US).  Getting into the city can be a nightmare: the intersection at 95 and 495 can be horrendous… add to that the potential for traffic problems around Baltimore and a drive that would take me an hour and a half in the dead of night without traffic could take me three plus hours on a bad day (it once took me eight hours in the snow).  Unfortunately, there was no way of telling when it would be a bad day.  So I used the formula.

For a noon school show in downtown DC coming from PA:

Leaving four hours before a gig that should, for all intents and purposes, take me about an hour and a half to get to, meant I could get there incredibly early… I’d use those days to explore the neighborhoods/grab food/do other work; occasionally I’d show up just in time despite my efforts.  The important thing is, I was never was I late.

My formula fell apart in the flood though.  It can’t account for disaster on that level (Amtrak shutting down).  Though I can say that if it was a performance to which I was traveling I would have done everything in my power to get there (rental cars were completely sold out, but I could have taken a taxi back home and then driven to NYC).

Now if only my students would be able to walk across campus to get to rehearsal on time.